credit to for @calmness_totem for the logo, @socializmus for photograph of Vladimir Lenin and painting of Helmsman.

EHEU! HOMINTERN!
9/11, 11/9, Monday, Monday, Monday. It's not very often that one receives an entire book in translation — we're pleased to present Guy Hocquenghem and René Schérer's 1976 work "Coming and Going Together: A Systematic Childhood Album", a theoretical work that creatively traverses a broad array of texts to (loosely) contextualize the role of the child in society. Adam Fales reviews the late Christopher Chitty's "Sexual Hegemony: Statecraft, Sodomy, and Capital in the Rise of the World System", a history of homosexuality as a history of the management of surplus labour. Alex Averbuch gives us four cryptic elegies that toy with the opacity of memory.

Coming and Going Together: A Systematic Childhood Album

Yet the fact that there is not a child “per se” means above all that childhood is not a fixed stage which the adult age simply follows, but that there is a permanence of childhood regarding not only this but society in general.
A book by GUY HOCQUENGHEM and RENÉ SCHÉRER.

Christopher Chitty's Sexual Hegemony: Statecraft, Sodomy, and Capital in the Rise of the World System

In early modern urban centers of developing capitalism, Chitty finds that sexuality was a flashpoint in struggles by the developing bourgeoisie to simultaneously overthrow the dominance of aristocratic regimes and manage the surplus labor populations of primarily young men whose labor they sought to exploit.
A review by ADAM FALES.

and in me sleep engulfs / your name
Poems by ALEX AVERBUCH.

NICE HOMINTERN, [REDACTED]S!
Weekend drop. Yeah we're late on everything as usual, I know. FRA brings a brilliant review of Jairus Banaji's latest Marxist history of commercial capitalism (Bonus: rather amusing physiognomic study of East India Company plunderers). Sonic shows children how to eliminate the hate in their hearts with a public service announcement and automatic gunfire in Organ Bank's prose. Noah Mazer seals Efraín Huerta’s restless spirit inside a cursed ruby (a poem). And Ruthia Jenrbekova leaves us with a pair of poems that made me dream of buying that functional minitel terminal (on Etsy of all places).

If Banaji is right, then the false antithesis between production and circulation animating formalist Marxist historiography can no longer be sustained.
A review by FRA.

Change your son's Disney character to be a gay character. Tell him he is going to have sex with his best friend, and that it will really turn his life around.
Prose by ORGAN BANK.

Sweeter still than the terrible spilled blood / is the perfect face of the world’s future.
A Poem by EFRAÍN HUERTA.

Turn your attention to how easily information is transmitted / To the speed at which the stream passes through us
A poem by RUTHIA JENRBEKOVA.

WELL MET, HOMINTERN READERS!
This week's drop. Kirill Medvedev beats back against the prevailing racism of Russia's commentariat in the context of Black Lives Matter protests by revisiting Moscow's own internal history of Black struggle. Ivan Shogolev assesses the situation in Belarus from the standpoint of the worker. Alexander Opicho's poetry soars above Lodwar, as Z.H. Gill's prose shuts the blinds of a Santa Monica guest house. Still plugging these HOMINTERN LOGO FACE MASKS. We'll probably start sending invoices for those over the weekend.

What Happened When Black Students Marched on Red Square in 1963

For Soviet citizens, watching the popular film *Circus*—about a Black child finding acceptance in the USSR—and reading Samuel Marshak's poems on racial equality were one thing. But fully internalizing their message—’racism is bad’—was another.
An essay by KIRILL MEDVEDEV.

Belarus: What to do When the Masters are Fighting?

We think that life has taught you without our help that not everything that’s called a union is aimed at the protection of workers’ rights.
An article by IVAN SHOGOLEV.

The 'If' of Rebirth

My Brother, the CEO Who Tortured Me

HAPPY BIRTHDAY, HOMINTERN!
Not going to recap what's happened since the last update. You all know. Yes it's 9/12 in NYC. I don't care. We have 13 poems/essays/reviews/etc edited/translated and complete (and that amount in the pipeline), covering a range of topics from the situation in Belarus to the history of commercial capitalism. And Aunt Enid's column, of course. These will be uploaded over the coming weeks, in small batches (a model which we'll probably follow from now on). Think of it like a drop rate adjustment if your brain is broken in that way. Also check out these FACE MASKS in the merch store we have to hawk (we're in the red, as usual). "Enjoy" the comics by Mr. Chainlift for now. You'll have plenty to read soon. 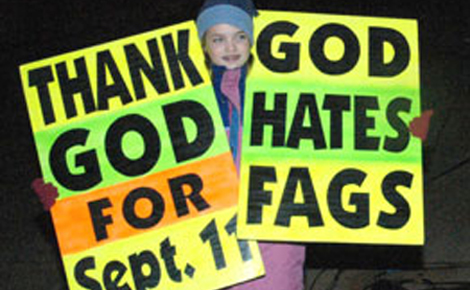 LONG TIME, HOMINTERN READERS!
Stuck inside with a bunch of fertilizer and no friends to share it with? Itching to turn your TrumpBux into BitCoin? HOMINTERN is here to postpone your bad shelter-in-place decisions. We thank you for your gofundme tribute, which have been disbursed to contributors, and in return present our entire poetry and prose log, two book reviews, and a second installment of our wildly popular advice column with Aunt Enid. You'll notice our long-delayed merchandising store has been updated with some designs for you to prcoclaim interest in, and the patreon contributors have finally received their just "rewards". Over the next few days, we'll be rolling out some corrections to the mobile view on our older releases as well.

If there exists a cornerstone for the album it's here, in this cheeky fatalism that wants you wondering where the bit ends and the despair begins.
An album debut from KING DOM CUMMIES.

Advice for our Dear Readers II

So I say you should just try it out and go from there, sweetie.
The second edition of our recurring column with the undefeatable AUNT ENID.

I feel a mix of admiration and concern at Chu’s boldness at welcoming accusations of straightforward misogyny
A review by S NOWAK.

McKenzie Wark's Capital Is Dead: Is This Something Worse?

simply making sausage out of your old shit isn’t going to get the books moving off the shelves
A review by ANONYMOUS.

I reproduce my nausea at market—I call it inventive.
Prose by KAY GABRIEL.

I thought then what I know now: everyone masturbates but class makes for us separate methods.
Prose by PATRICK DURGIN.

So I want to thank you

Excerpts from "We Touched Loved Each Other"

and the kids? where are they / they are playing in the disquiet
Poems by NASTYA DENISOVA.

black pharmacopeia, Fragments and Voices From the Green Notebook of G.R. and Georgiy, Kiev’s Answer:, boy

they tear apart the road with their movement and drive desire / into a movement without a majority
Poems by GALINA RYMBU.

Excerpt from "Freedom and Prostitution"

do you care more about sodomy as noun / or verb?
A poem by ROSIE STOCKTON.

gunpowder** / made out of boredom, / and retribution, / in that order.
A poem by NORA FULTON.

A propane streak in the otherwise Dismal grid has / Glands at the sides of her face to pump the aura
A poem by MATTHIAS KODAT.

they / call themselves “heterosexuals” / they / are just afraid to love
A poem by NIKITA SUNGATOV.

Excerpts from "The Dick The Bitch and The Baby"

in the / last scene the strangled / and the strangler / have the same expression.
Poetry by YARROW YES WOODS.

Walking to the convenience store, seeing the sense organs of the dead on the sidewalk.
A poem by JAKE SYMBOL.

WELCOME BACK, HOMINTERN READERS!
Here again, with more to give for time spent away. Three essays, one letter, more than enough poetry, two prose pieces, the premiere of our advice column (please email your queries here)... a little something for everyone. We've also made a gofundme so we can stop mailing IOUs to our essayists, illustrators, and translators.

“Can a Homosexual be a Member of the Communist Party?”

Comrade Borodin pointed out to me that I should not attach too much significance to the article on homosexuality in the Great Soviet Encyclopaedia because (he said) its author was a homosexual himself
A letter to J.V. Stalin from concerned communist HARRY WHYTE.

Advice for our Dear Readers

The “hope” of finding one, or of finding love, any less alienated than “the heterosexual community” is a dim one, carrying with it inevitable disappointment as long as we seek it along these lines, with the assumption that our homo-ness is constructive of an imagined community rather than a condemnation of the whole fucking system of patriarchal relations upon which our current regime of alienation was built upon.
a recurring column with our loving AUNT ENID.

On the new Dirty Modernism

it is a community called Je suis ... - followed by a quantifier of its non-existence; a community of carriers of European supervalues ​​shot through by ISIS.
An essay by ELENA KOSTYLEVA.

In defense of "paranoia". An essay by L.A. LEERE.

I leave home. Outside my building I find twenties tucked between portraits of the chairman. I cry in my car and we never call each other again.
Prose by sung.

During the insurrection people set up these big cooperative kitchens and worked together around getting food and eating it together.
Guest prose by PINKO editor ME O'BRIEN.

let’s go!!! get up gayboy the crayon war is coming down on us
Poems by MANUEL TZOC BUCUP.

on poverty and joy

something for us to take with us in the quiet of our collective death
A poem by JOEY YEAROUS-ALGOZIN.

The Price of Perfection / Meet Me at College

I do my hair and mod challenges lying ahead in not even the grave
Two poems by GORDON FAYLOR.

The Pisces / an excerpt

APOLOGIES FOR THE WAIT, HOMINTERN READERS!
Probably due to the divine consequences of teasing a release (internet cables were cut, an editor narrowly avoided a tainted seafood assassination), this is late. And incomplete. And pretty gay! More soon...

I am speaking here about a long road traveled to get rid of homoseuxality. Or for it to take me away.
The newly translated preface to a book by GUY HOCQUENGHEM.

Bear and the Pendulum (fragments)

mounds of hewn beef shudder under the singing of birds
Poems by ILYA DANISHEVSKY.

Men fucking outside, so it's not winter.
A poem by ANDREW J SMYTH.

A comic by SARAH.

HAPPY BIRTHDAY HOMINTERN READERS!
HAPPY BIRTHDAY TO THE GLOBAL WAR ON TERROR!
Old enough to drink in almost every country but its own. We've arrived, laden with no less than seven gifts, with more to come as we've come to stay. Over the next few weeks, we'll be giving out more details as to our plans for a print edition in the winter, and potentially some pre-order merchandise to entice you into subsidising the process and paying our writers and illustrators. Don't look the horse in the mouth.

How to fly a Plane into a Loft

HOMINTERN is not a good magazine.
A palate cleanser from THE EDITORS.

We are, all of us, Machines

I don’t want to facilitate the flow of thousands of Keurig cups to people with more money than they can spend; I want them to fucking choke on it and leave me alone.
An essay by ELASTICO GOMEZ.

Fictitious Capital and the State (Part 1): Credit as the Philosopher's Stone

Periodizing “fictitious capital” in economic discourse.
An essay by FRA.

The past is useless and the future is stupid. “No worker who is fighting against a boss is going to ask, ‘And then what?’ The fight against the boss is everything”.
A review by KEVIN ROGAN.

I’m not joking. / I’m not playing this for laughs. / I’m not out here, making this stuff up.
A poem by JOSEF KAPLAN.

A Matter of Politics

lesbian jihad begins with a faithful bitch
A poem by LOLITA AGAMALOVA.

How do you Sleep With a God

He killed her, is the thing. Of course he did.
Prose by Z.H. Gill.